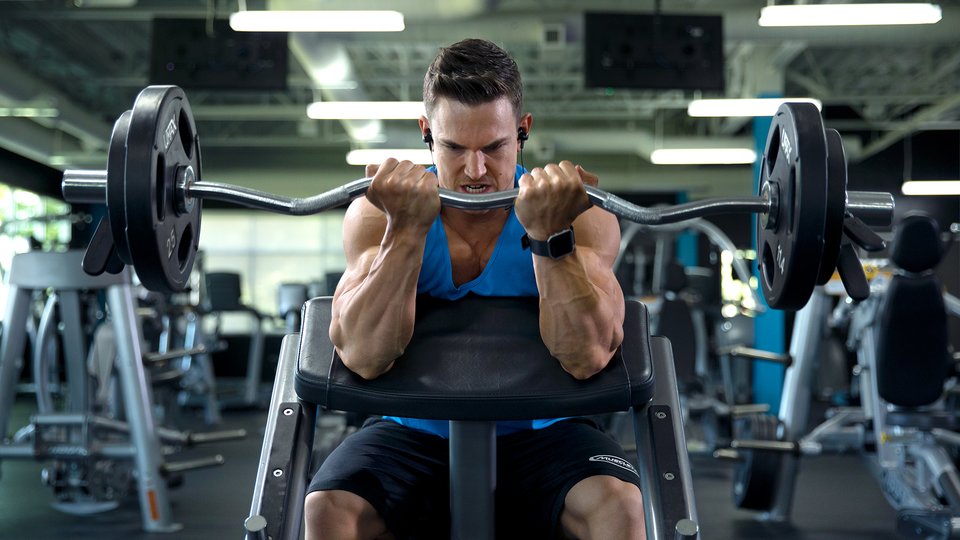 If abs are the centerpiece of the physique, and legs are the foundation that supports it, then the arms can be considered the ultimate accessories. The body doesn’t look complete if the arms aren’t well developed!

Not all of us are destined to have 20-inch guns, but this split combined with an all-out work ethic can help you maximize your potential so you’re proud of the arms you can create. This workout begins with the triceps since they are a bigger muscle group. Then, the second half will consist of three different curl variations for the biceps.

Instead of thinking about pushing weight, think about working your triceps. If you want to isolate them even more, don’t touch your chest with the barbell at the bottom. Instead, stop the descent about an inch short of your chest and then press up. Squeeze your triceps at the top before performing your next rep. No need to be in a hurry here.

Doing these with dumbbells instead of a bar will help you achieve a greater range of motion, which makes the exercise that much more effective.

As you lower the dumbbells, turn them out slightly. When you press up, press at an angle—like you want to touch the wall behind you—instead of pressing straight up. You will feel a greater contraction this way, specifically with the long head of the triceps.

This version of the triceps push-down allows you to hit the medial head, which is harder to target using traditional movements. Hold the bar attachment with a palms-up grip. A wider grip will serve you better here, as well. Step away from the stack so the pinned weight doesn’t touch and you can keep tension on the triceps throughout the entire rep. 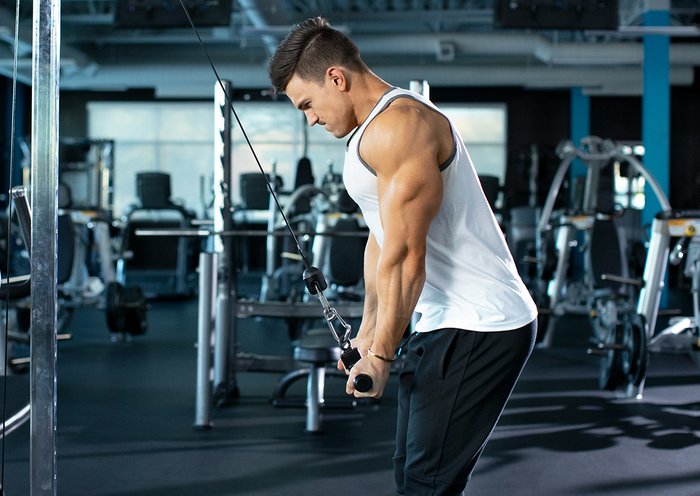 Using a preacher bench keeps your upper arms braced and allows you to isolate your biceps better than if you were to do a standing curl, where you could possibly generate momentum. Quality of reps matters here, so don’t worry about the weight on the bar. As long as you can complete the rep range and have to struggle at the end, it’s a good set. No need to reach failure here.

Ideally, perform this exercise on a bench with your back against a pad. Alternate arms on the first set. For the second set, do all the reps on one side and then switch. Repeat this pattern for the last two sets.

Catching a theme yet? If you want your arms to grow fully, they have to be worked hard and with minimal involvement from other areas. Hence the need to find new ways to isolate them.

Lying cable curls will light up your biceps, since you’re doing more reps and without assistance from the rest of your body. You want to pump as much blood as you can into your muscles, so make each rep count and keep rest between sets to a minimum. Try to keep rest to 30 seconds between sets if you can.

Every fourth workout, shock your muscles by doing these exercises in superset form. Pair up a triceps movement with a biceps exercise and perform them back to back without rest. This is a very effective means of maximizing the pump and gaining size.

Do This Simple Arm Warmup Before Any Upper-Body Workout
Paul Rudd’s Wellness Regimen Was Specifically Crafted With His Marvel Shirtless Scenes in Mind
kegel exercise to increment Most extreme length by 21.5cm..😉 workout bom
Beginners Workout Plan – First day at gym | Workout and Exercise Guide
Ab Workout for Women – All Standing – Waist Exercises – Tone your Abs and Shape your Waist