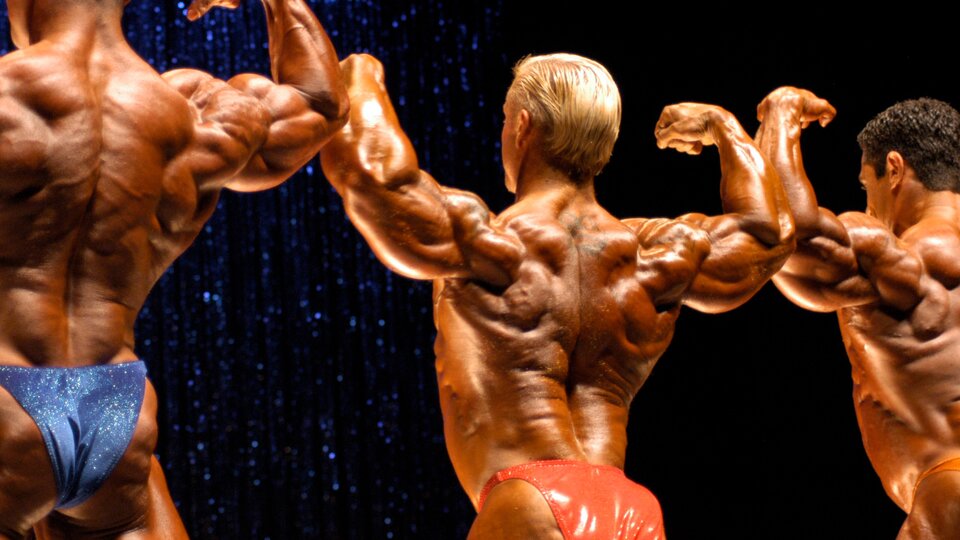 The 2021 Arnold Classic wasn’t the same type of event that many fans remember. There was no Expo, there were fewer people, and only four divisions held contests this year. However, this was still one of the biggest contests of the year, and there were many big moments that will be talked about for a long time to come.

As is custom, the host of his namesake competition took to the microphone before the finals began. Arnold Schwarzenegger spoke about the importance of having the Arnold Classic this year in spite of the ongoing pandemic. He and the other organizers felt that the extra investment and effort into hosting the competitions would be worth it in the end. Part of his explanation included a connection to his roots, and it led to a roar of approval from the crowd in attendance. [link ‘Arnold Classic’ to https://www.bodybuilding.com/fun/arnold-classic.html] [link ‘hosting the competitions’ to https://www.bodybuilding.com/fun/clash-of-the-titans-bodybuildings-10-greatest-rivalries.html]

“I was born a bodybuilder, and I will die a bodybuilder,” proclaimed the 74-year-old former Mr. Universe with seven Olympia wins and a long list of other titles to his name.

Many people know him as the actor, former Governor, and activist—yet he personally still identifies himself the same way that the athletes gracing his stage do: as a bodybuilder. It was a great moment of unity.

The first event of the Finals was the Fitness International routines. Champion Missy Truscott was one of the athletes that worked with the late John Meadows at the time of his passing. After a short time, she locked in on this contest with one focus: winning for her coach. Her routine included wings that opened up, flipping off a high platform, and a very intense routine that included her acknowledging Meadows at the end. By the end of the evening, Truscott did what she came to Columbus to do—she won.

Every year, the Arnold Sports Festival recognizes a legend or profound person who has made a difference in fitness as well as the world at large. This year’s recipient was eight-time Mr. Olympia Ronnie Coleman. “King” Coleman stood next to Schwarzenegger (those two men held 15 Mr. Olympia titles between them) and spoke about his family including his mother. After his emotional tribute to her, the crowd honored him with a standing ovation, chanting “Ronnie, Ronnie” for a couple of minutes while he gathered himself. He pride and sense of honor was felt by all.

Prior to William Bonac being unable to attend the Arnold Classic, one key point that was promoted was that all four divisions’ champions were defending their titles. Two of those divisions saw new champions being crowned. Alabama’s Terrence Ruffin snagged the Classic Physique title from defending champion Alex Cambronero, who finished in second place. Ruffin was last year’s runner-up, so he got revenge for that result one year ago.

The other upset was in the Bikini division. Jennifer Dorie was able to defeat reigning champion Elisa Pecini and fellow favorite Lauralie Chapados to take the title this weekend. She was last year’s Olympia runner-up. With champion Janet Layug out of the lineup, she is now the clear favorite to win the Olympia this year thanks to this victory.

The 27-year-old called his shot and didn’t miss. Nick Walker won the New York Pro on his first try earlier this year, and he predicted he would do the same here. Not only did he win, he knocked off two larger and more experienced bodybuilders. Iain Valliere finished as the runner-up and Steve Kuclo came in third. Walker was also presented with the Most Muscular award this year. His detail, conditioning, and overall shape carried him to the victory. His celebration was short-lived by choice, though. When I asked him about his thoughts after the victory, he didn’t hesitate.

“Now I need to go win the Olympia,”” he said clearly and confidently.

We will see if he can come through on that goal on October 7th through 10th in Orlando, Florida.

How Fit Did Conor Get In 7 Weeks? | Zwift Training Plan
Fitness Experts Debunk 17 Exercise Myths
Is Keto Still Worth the Hype?
The Best Leg Exercise Men AVOID 🤦‍♂️
Neutral Workout Outfits to Start Your Year Off Right — and On-Trend