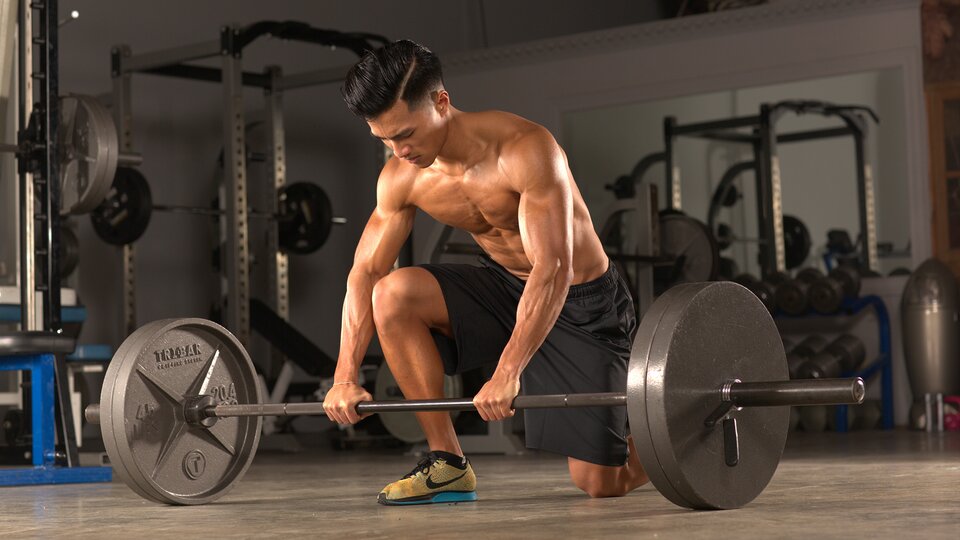 Many bodybuilding greats started training in their younger years. Somewhere out there right now is a teenager who wants to achieve greatness, too. Fortunately, a teen workout doesn’t have to be complicated. This workout routine will be a safe and successful method to be introduced to the weight room. It will challenge your ability to stabilize free weights, help you learn how to feel the muscles working, and achieve your muscle-building goals.

Yes, this is a very basic system. Making it less complicated could make it more likely that you will keep going. Even though this appears simple, it can still prove challenging with sufficient weight. It’s important to give consistent effort to each session in order to achieve the greatest success.

There are two hard rules to this program:

Everyone’s schedule is different, so Monday/Wednesday/Friday may not be possible. Create the schedule that best suits you so long as you have those 48-72 hours to recover. Check out our exercise database for form tips if you don’t know how to do these movements already.

This workout focuses primarily on the chest, shoulders, and triceps. The version of the bench press that is included is the incline press. This will shift the focus more to the upper pecs. It is also somewhat safer should you get stuck. That said, don’t lift without a spotter.

This workout will shift the focus to the pulling muscles in the upper body—the upper back, lats, rear delts, and biceps. This one starts with pull-ups because every beginner should learn to love this exercise. If an assistant is needed, or a band can be looped around the bar, feel free. Just get used to doing them. Your strength will improve dramatically by doing this.

The next two movements focus on the lats specifically because the rest of the upper back was stimulated by the pull-ups. Face pulls are great to target the rear delts of the shoulders. Next, it’s time to get that arm pump on with standing cable curls. Last but not least, another ab exercise wraps it up.

Many leg workouts start with squats and quadriceps work. This one will actually focus on the hamstrings and glutes first. The posterior chain is important, and it should be given proper attention when you’re fresh. The stiff-legged deadlifts should be performed on a Smith machine or with dumbbells until you get the form down correctly. Then you can move on to a barbell version. After that, go into lunges with either dumbbells or a weighted vest. Now it is time to squat. You won’t be able to use as much weight as you would in the beginning. That’s the point. Focus on form and depth with these. If your hips are not parallel with your knees, then it doesn’t count.

The leg press and seated calf raise are simple and safe options because there is less risk of injury on these machines. Just don’t push yourself too hard by tossing on plate after plate. Finally, the dumbbell V-sit cross jab is a unique way to train the obliques.