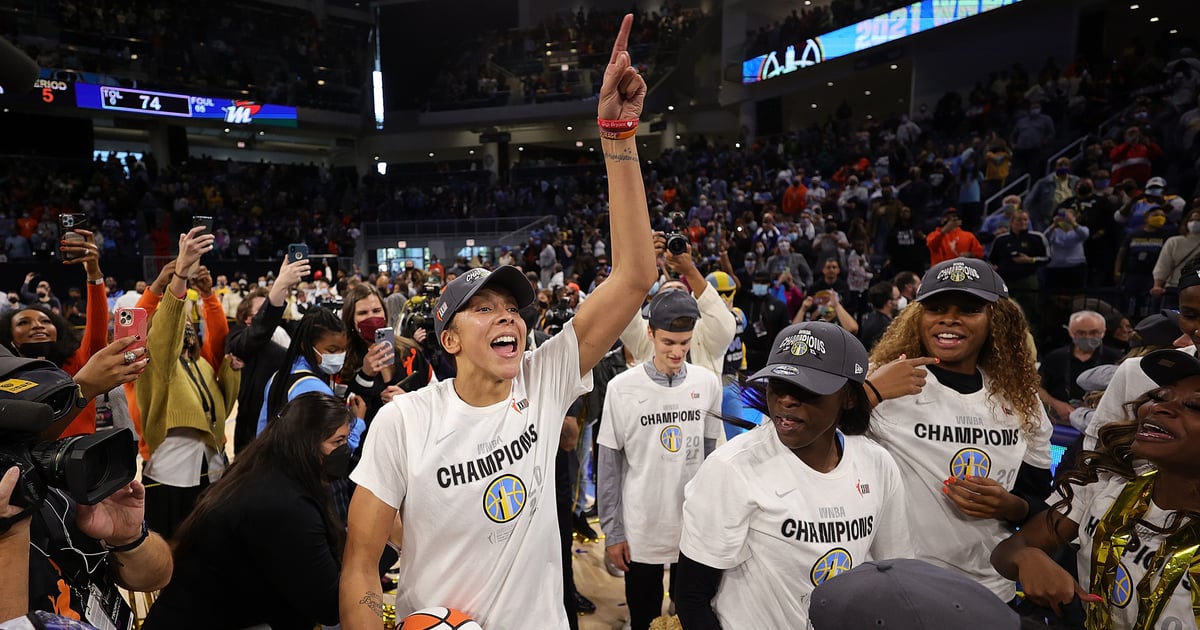 “I could not be prouder of you guys.”#skytown received a call from @BarackObama after their Championship celebration in downtown Chicago! 💙 pic.twitter.com/VuSHDHFv7N

The Chicago Sky are continuing their much-deserved victory tour after winning the franchise’s first WNBA championship on Oct. 17. Following an emotional on-court celebration and a parade down the streets of Chicago, the team received a call from one of the city’s most famous residents (and noted basketball fan), former president Barack Obama.

“I just want to let you know that Michelle, Malia, Sasha, and Barack are all proud as Chicagoans to have world champs in our neighborhood,” Obama said, talking to the team on speakerphone after the parade. Though he wasn’t able to go to the games in person, Obama said he watched from home. “I saw you guys ball out,” he said, singling out the play of Kahleah Copper and star Candace Parker for doing “Candace Parker things.” Obama even gave Parker, who grew up in Chicago, some personal congratulations: “I know it’s especially special for you, Candace, bringing the trophy back home,” he said. To the rest of the team, Obama added, “I could not be prouder of you guys.”

Watch the sweet video above and congrats to the world champs!