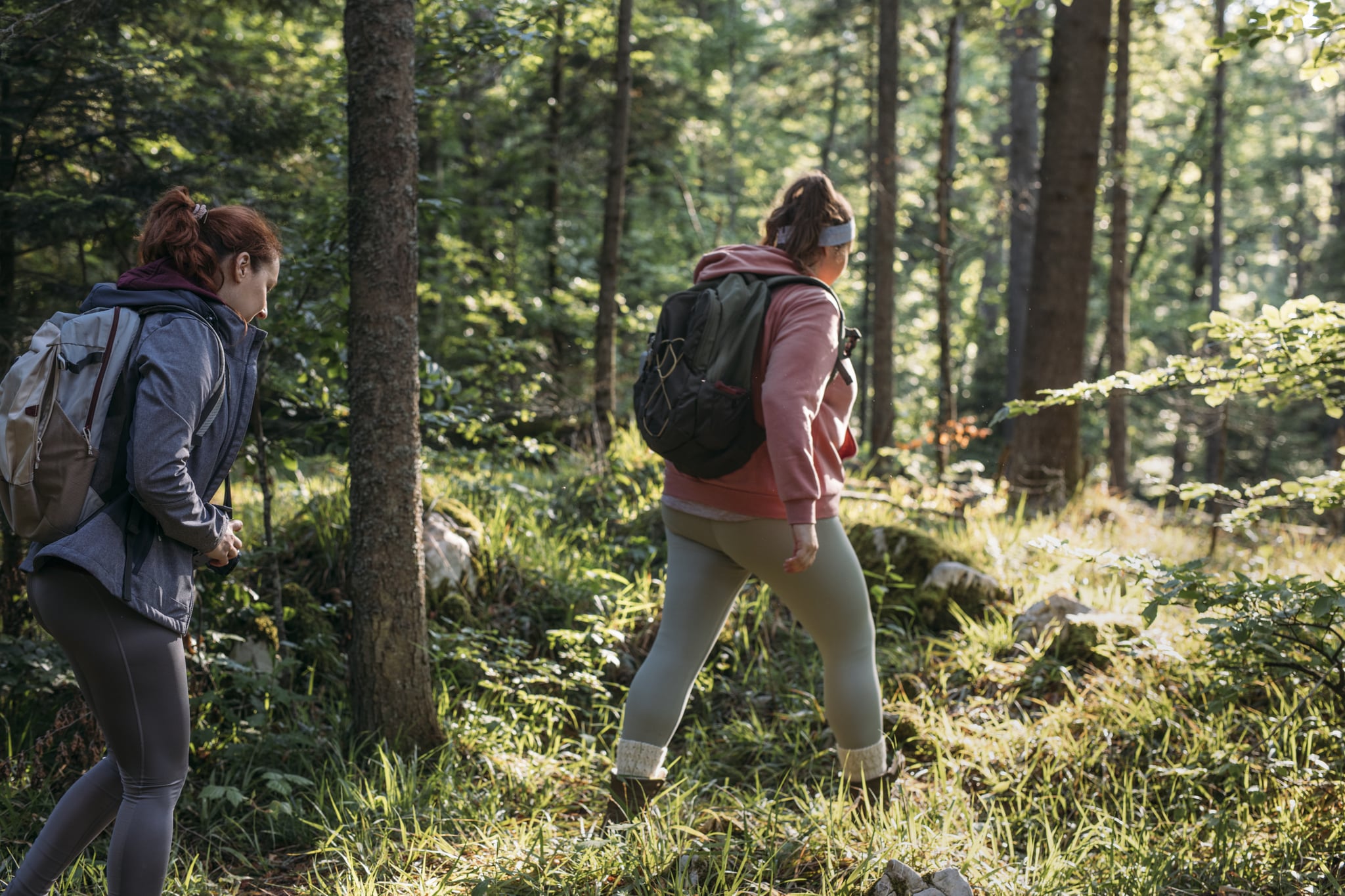 Nervously, I hopped off of the last step of the bus and listened to the group leaders go over some safety procedures and rules. This trek through Pratt’s Falls, a recreational park located in Manlius, NY, would be my first hike in three years. I’ve always loved the idea of hiking, but I’ve avoided it until recently, when I began signing up for outdoor adventures through my university.

For a few years now, I’ve steered clear of hiking with friends, because I worried that my weight and relatively low fitness level would prevent me from keeping up. I need frequent and long water breaks, especially when trekking uphill. The last thing I wanted to do was hold my eager friends back from going an extra mile or hiking more challenging paths. It might sound like I worry too much about whether other people are having fun, but I’ve seen how my friends’ excitement dampened when I said that I needed another moment to catch my breath.

For a few years now, I’ve steered clear of hiking with friends, because I worried that my weight and relatively low fitness level would prevent me from keeping up.

During one of the few times that I went hiking with a friend back home in Southern California, I needed a break — but because I didn’t want to ruin the fun for my friend, I forced myself to push past my limits, which resulted in me becoming dehydrated. When I got back home, I passed out on my bed and didn’t wake up until noon the next day.

As a plus-size woman, I feel even more pressure to force myself to keep up, even when my lungs feel like they want to collapse, because I don’t want people to snicker and think, “Figures.” People living in larger bodies are ridiculed for everything, but when it comes to fitness, some people will judge you for even trying. There are also many fit, plus-size folks who exercise regularly. I was one of them.

At one point in my life, I had a daily exercise regimen, and despite never being able to run a mile in record time, I saw myself as a cardio bunny. On my Wii Fit, I played the Free Run activity and would jog in place for 30 minutes twice a day. When I didn’t exercise indoors, I took my workout outdoors. Below the slope of my childhood home is a wooded trail — not quite a forest, but a place that people in the surrounding neighborhoods hiked and walked their dogs through often. Walking that trail every day ended up being a lot more scenic and peaceful than jogging in place at home. But over the years, I worked out less and less, until I didn’t at all.

Eventually, I wanted to change that. So, I went on a hike by myself, which I soon learned was a bad idea. I quickly became exhausted and realized I wasn’t going to make it up the mountain. Feeling embarrassed, I turned around. I would try again another time, I thought.

My stamina has improved after making some changes to my lifestyle, but the idea of hiking still scared me. Finally, one day, I felt like it was time to try again. I scrolled through my school’s outdoor adventure site out of curiosity, which eventually led me to select a trip to Pratt’s Falls. I wanted to see a waterfall again.

I don’t feel as anxious hiking with strangers as I do people I know, because within these hiking groups are people of all fitness levels.

Before I knew it, I had boarded that yellow school bus, ready to face my fears. And once I began that trail with my group, I didn’t look back. Instead, I took it all in: the woody scent of pine trees, the feeling of moist soil beneath my feet, the sights and sounds of water streaming from a 300-foot waterfall. After hiking the trail with my group, I did the loop again, this time by myself.

Though I’ve only recently started venturing out with a group of students, it’s already helping me overcome my fear of hiking with others. I don’t feel as anxious hiking with strangers as I do people I know, because within these hiking groups are people of all fitness levels, including beginners like me. Along the way, I also made a friend. Now we plan outdoor adventure trips together. Like me, she worried about whether she’d have the energy to make it through these activities, but she’s ready to experience new things.

More extreme activities like whitewater rafting may still be a bit strenuous for me, but I’m working on myself so that I can eventually build up enough strength and stamina to have those experiences. I’ve learned, though, that strength and stamina are only part of the equation. The most important thing is believing in yourself enough to try.