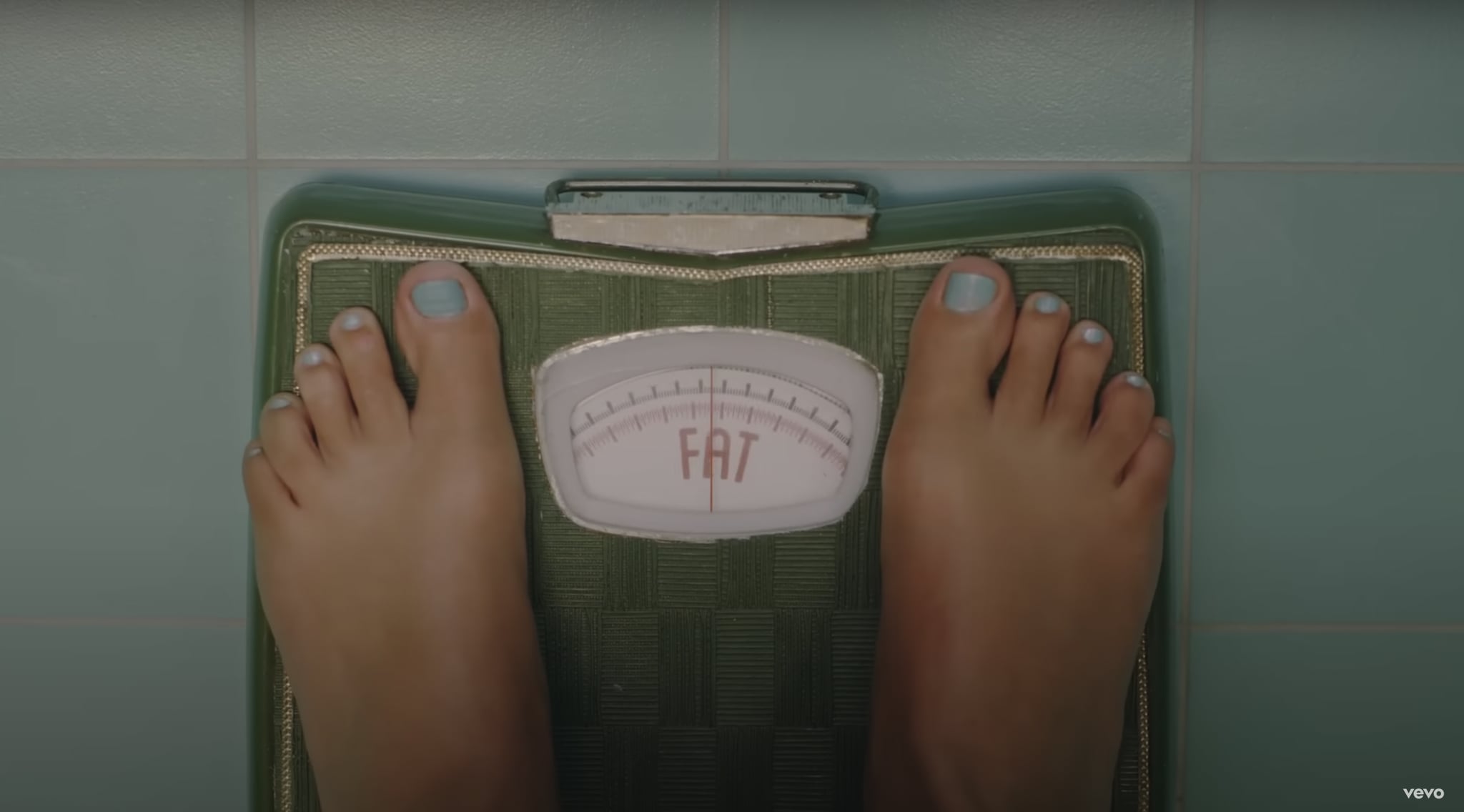 “It’s me, hi, I’m the problem, it’s me,” sings Taylor Swift in “Anti-Hero” the third track on her latest album “Midnights.” And since the release of the music video, parts of the internet agree that yes, the problem is… Taylor Swift. At least when it comes to fatphobia.

“Anti-hero” was written and directed by Swift herself, along with “All Too Well” cinematographer Rina Yang, to symbolize Swift being chased by her “demons.” Literally, the video shows the singer running away from sheet ghosts and getting drunk with a glamorized version of herself, with the lyrics: “I should not be left to my own devices. They come with prices and vices, I end up in crisis” playing over it.

Many took to Twitter to express their disappointment in the imagery used — specifically, Swift looking down at a scale that reads “FAT” between her feet while her glam double shakes her head in disappointment. The scene is a reference to Swift’s eating disorder, which she revealed in her documentary, “Miss Americana,” in 2020: “I tend to get triggered by something, whether it’s a picture of me where I feel like my tummy looked too big, or someone said that I looked pregnant, and that will trigger me to just starve a little bit. Just stop eating.” But viewers expressed mixed reactions towards Swift’s messaging in the music video.

“Taylor Swift’s music video, where she looks down at the scale where it says ‘fat,’ is a shitty way to describe her body image struggles. Fat people don’t need to have it reiterated yet again that it’s everyone’s worst nightmare to look like us,” one therapist tweeted.

Taylor Swift’s music video, where she looks down at the scale where it says “fat,” is a shitty way to describe her body image struggles. Fat people don’t need to have it reiterated yet again that it’s everyone’s worst nightmare to look like us.

Others took to Twitter to argue that having an eating disorder doesn’t excuse you from fatphobia. “There’s something so angering about a very thin woman posting this to likely reference her disordered eating,” one Twitter user wrote. “Idc if it was just TS’ ‘worst nightmares’ or her ‘intrusive thoughts’, it’s fatphobic and was at best deeply unnecessary to have in the fucking video.” While others say that stance is ableist in nature — because how can someone with a severe mental illness related to body image be accountable for what society has historically told them. “Anti-hero captured the danger of weight of expectation and the societal pressures of thinness and never feeling worthy of being loved bc scales screamed ‘overweight’. anti-hero is a commentary on abolishing the pejorative,” another Twitter user said in defense of Swift.

In a previous interview for POPSUGAR, Kamryn Eddy, PhD, codirector of Massachusetts General Hospital’s Eating Disorders Clinical and Research Program, explains that one of the main causes of eating disorders is societal pressure. “Exposure to fatphobia and societal body standards, as well as notions around what it means to look or be masculine or feminine, can increase dissatisfaction with your body — a key component of most eating disorders,” Eddy says.

Essentially, this debate over the “Anti-hero” video only proves that fatphobia feeds fatphobia. Regardless of what the video could’ve shown instead, it highlights that while efforts have been made to reclaim the word at ‘fat’ it’s still often positioned as something negative or something to be feared (emphasized in Swift’s video). As the intention behind the creative direction continues to be debated, the video clearly brought everyone’s attention to the implications of a high-profile celebrity being afraid of gaining weight. Even Swift sympathizes with her fans as they work through the meaning behind her work, as she sings in the chorus, “It must be exhausting always rooting for the anti-hero.”

Watch the full music video below: